I’ll admit, one of the primary reasons I began this blog, aside from having the chance to share my philosophy and menu surrounding our Wilder Thanksgiving, was to have the chance to store stories, memories, and photos from the Christmas Holiday vacation I knew we were going to be taking this December.

Myself, my husband, and my sister (who hasn’t ever been “across the pond”) are traveling in the UK and across Ireland, spending the actual Christmas weekend in a cottage on the Ring of Kerry (without Wi-Fi for three nights!!), and exploring the West coast of the Emerald Isle before returning on the 29th, before NYE in NYC.

We arrived in London yesterday, and it was a rough journey. We left Harlem three hours before our flight, planning to take an E train into Queens and arrive at JFK airport with two hours to spare. Due to a “sick passenger,” somewhere on the line, E trains were not going to Queens, so we decided to brave a taxi.

But… it was snowing in NYC.

The haunting sky near Central Park during a snowstorm

Beautiful? Yes. But we should have known it would have hampered any vehicles ability to get anywhere in any decent amount of time.

Two and a half hours later, we arrive at the airport, fifteen minutes before our flight is supposed to leave. The attendants at the ticket counter assured us the crew hadn’t even arrived, yet, so we decided to brave security to get to our gate.

Lo and behold, we made it!

Aer Lingus was comfortable enough, and everyone was incredibly kind. I will say the plane we were flying on was a bit out-of-date. Before we even left the gate, we found that one of our seats was broken, and someone got stuck in the lavatory when the door malfunctioned!

And then our plane needed to wait two hours before leaving, to be de-iced…

My favorite part of the flight – my sister on dramamine and a sleeping aid, whispering to me “My face is melting.” I took a sleeping pill, too, so I have no idea where we were when this photo was taken!

Needless to say, we arrived at Shannon Airport, in Ireland, two hours later than scheduled, but had given ourselves plenty of cushion time to continue our journey.

Taking a taxi from the airport to Limerick, we were headed for a train to get to Dublin, but our driver convinced us that a bus would actually be faster – there was an express bus straight to the Dublin airport. We arrived early enough in Limerick to enjoy our first full Irish breakfast and pick up a new friend to travel with us. He really enjoyed the views of King John’s Castle from the bus stop!

Meet Seamus, the Sheep, enjoying a view of King John’s Castle, in Limerick! 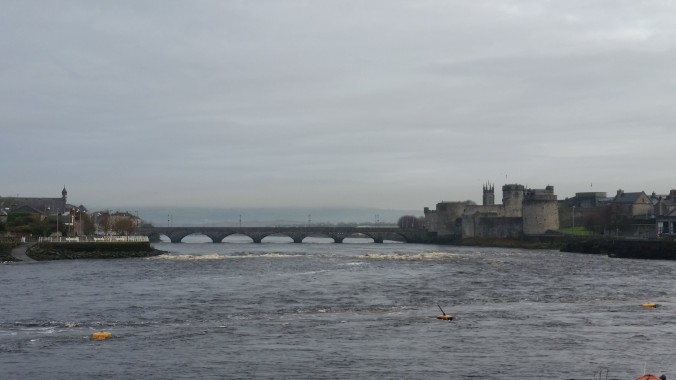 King John – yes, of “Prince John” of Robin Hood fame, and King during the writing of the Magna Carta, truly made his mark on Ireland – literally! 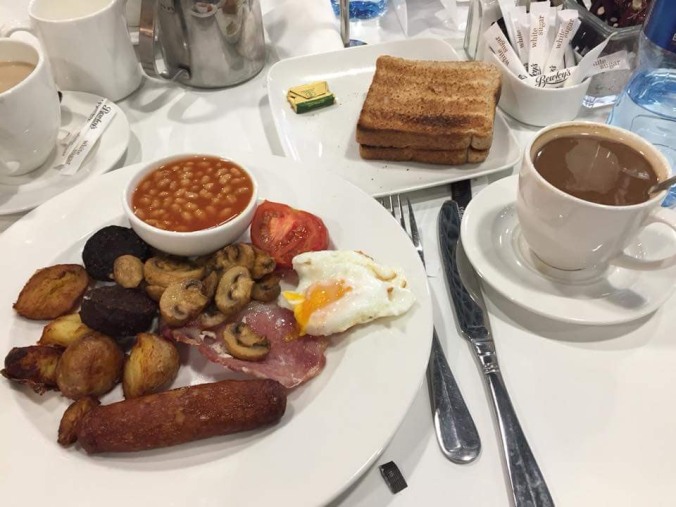 And then we were on our way, to the last leg of our journey – the flight from Dublin Airport to London, UK!

The bus to Dublin! 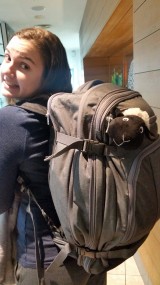 Seamus boards the Ryanair plane with us – onward to London!

Our stay is a wonderful AirBnB in Vauxhall, just a five minute walk from the Underground station, and the River Thames! 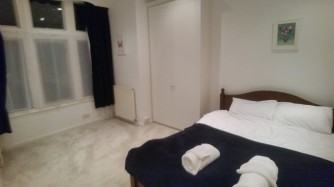 My goal is to split our trip up into several parts to post online, both to share and just to have a record of our experience. Sitting down and putting pen to paper, or typing letters onto the white screen – the blank canvas of my computer – with a cup of tea beside me… it’s the perfect way both to start a morning and to end the day. I look forward to writing more, and experiencing more in the moment.

(And of course, I plan on splitting up the days or experiences, just to make each post more reader friendly!)

Yes, the side table is an engine! I’m ready to write down everything we experience. Bring it on, London!